We read a few fun Dino books, How do Dinosaurs Clean Their Rooms and how do Dinosaurs eat their food.We  got inspiration from the pictures in the book Dinosaur Roar.

The kids love having little dino’s that come and watch them draw!

An example of one of the Dinosaurs we drew. 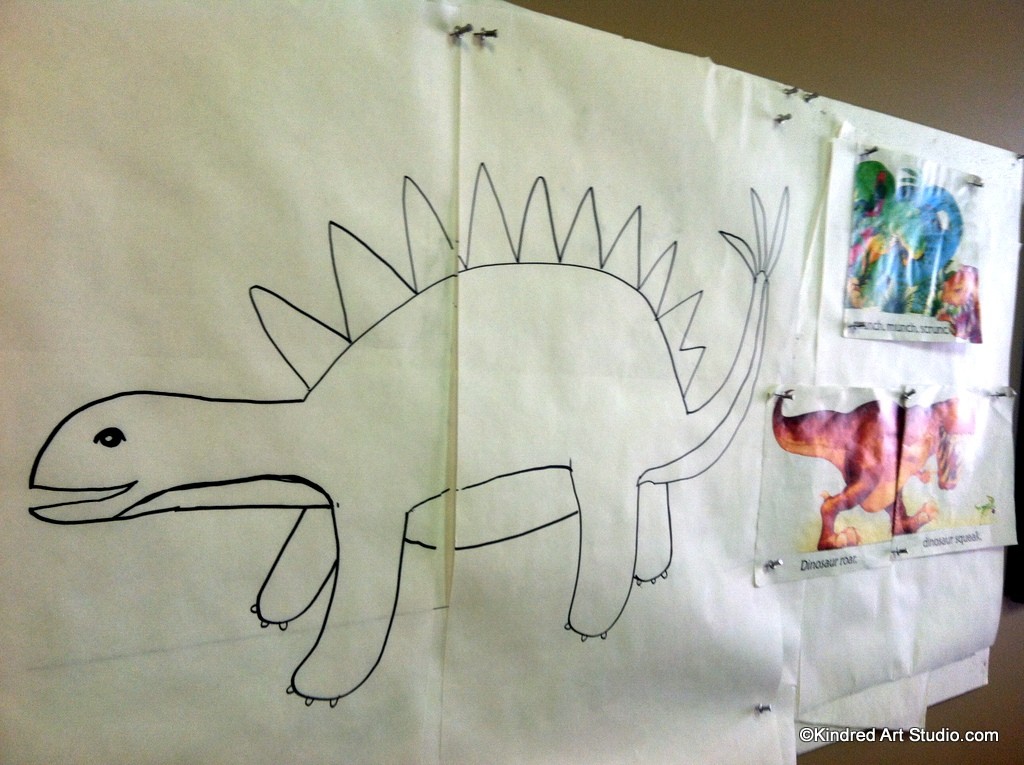 The kids each had an example to inspire them of colors they could use in their Dinosaur.

This kids drew the realistic version. Look at how closely his drawing resembles the poster! 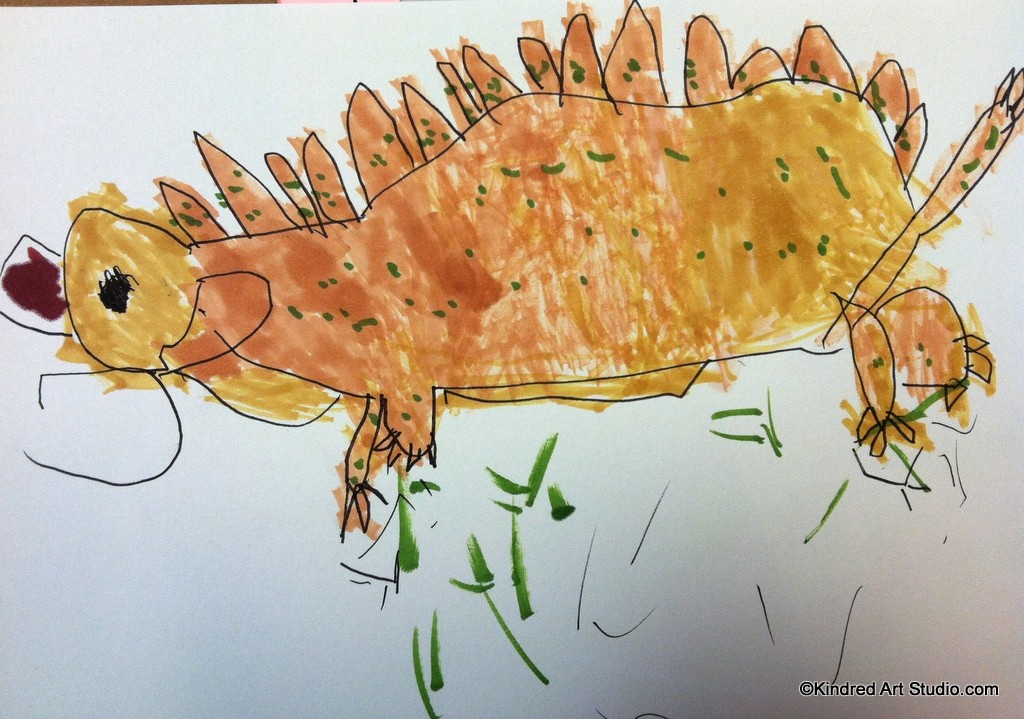 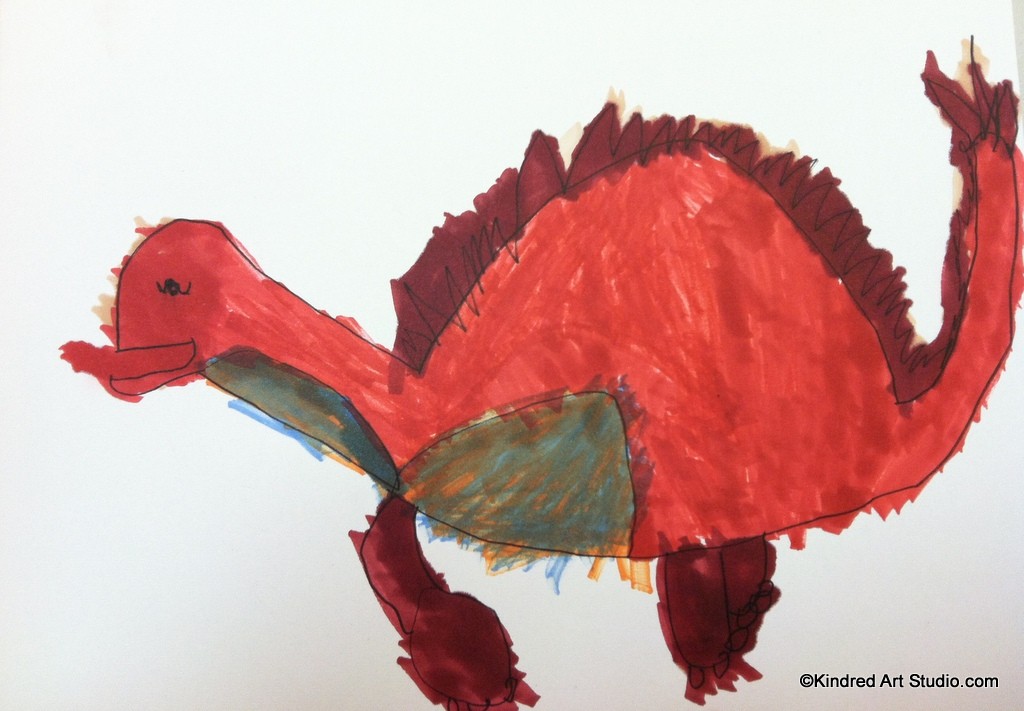 Blue Dino with green spots and a big red mouth! 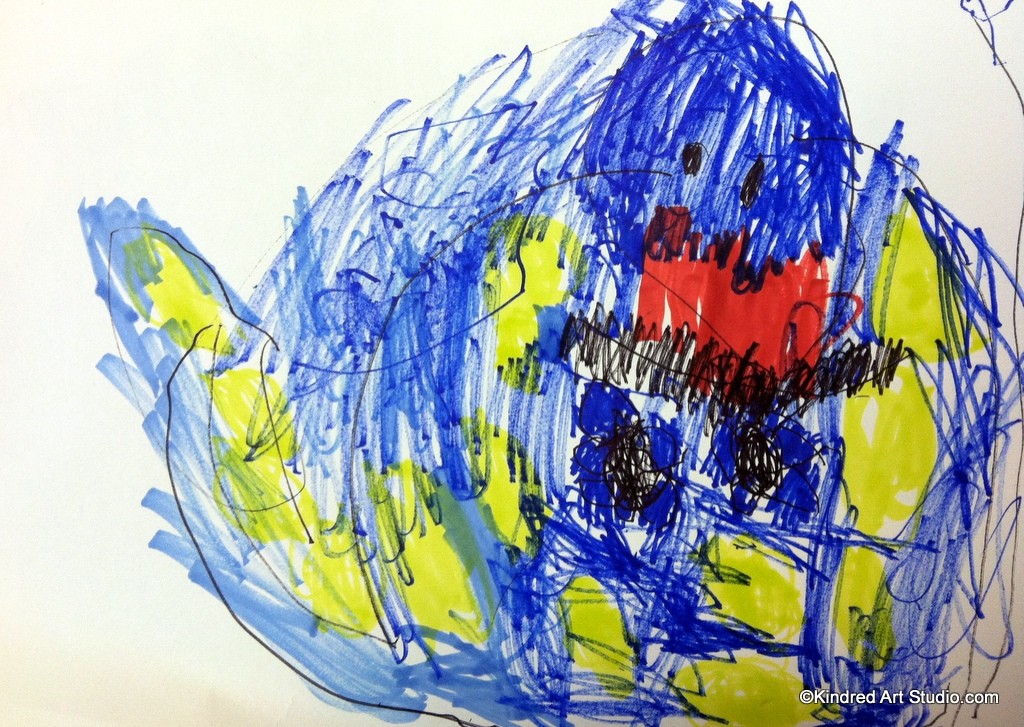 A T Rex. Sometimes it is fun to see the black and white version and then the color version!

We had a blast!